The following is a re-telling of the story of Abram and Sarai following God to Canaan. While I’ve lent details to the story which sprung from my imagination, the main plot is the Scriptural story, and even many of the extra-biblical details come from the ancient stories told about Abram by his descendants. I hope you enjoy it and that it causes the biblical story to spring to life in your mind’s eye. 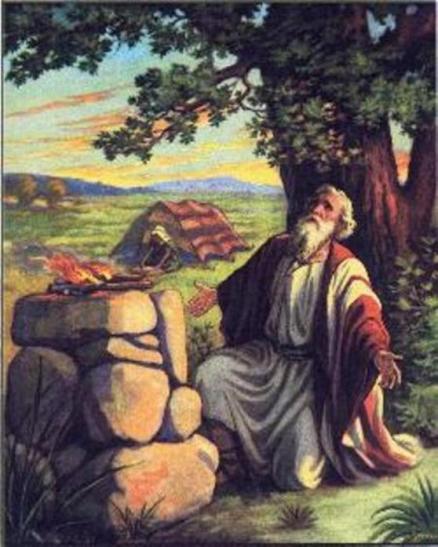 Many, many years ago, in fact the legends tell us it was 1948 years from Creation, 4 years after the Tower of Babel, and 6 years before the death of Noah, a man named Abram was born to his father, Terah. Terah was not a nice man, perhaps because he had been teased his whole life for having a girl’s name. But Terah was an idol-maker and he saw great pain in his life. His son Haran died in a fire as Terah watched, helpless to intervene—this was the first time since Cain killed Abel that a son died while his father was yet alive. Abram and his brother Nahor married Haran’s daughters in order to carry on his heritage and in an attempt to assuage Terah’s grief.

Now, Abram really didn’t mind marrying Sarai, in fact he’d been watching her for years. You see, Sarai was beautiful, her nickname was Isca, which meant “vision of a princess” – but the ancients tell us it was also because Sarai had a spiritual sight beyond even Abram. In a land, where most of the women had jet black hair, and dark skin, Sarai had beautiful brown locks streaked with red-gold that glinted in the sun when she danced, and cinnamon skin that glowed as she leapt and whirled. It was even whispered that Sarai’s beauty exceeded that of Eve herself.

Abram himself was no slouch; at a time and in a place where most men were about 5’ 6”, Abram was every bit of 6’ and strong, with shoulders that completely filled a doorway. But it wasn’t Abram’s size that caught people’s attention, it was his eyes—they were deep pools of natural, God-like kindness. And it wasn’t just his eyes that were kind, Abram was a giver, he had a father’s heart; he greeted each and every person by name. It caused Sarai no end of jealousy till the day Abram finally married her. It seemed that whatever Abram set his hand to prospered; but it’s a good thing that his life-long friend, and dear servant, Eliezer, was there to manage his wealth, because it seemed Abram was determined to give away whatever he accumulated as fast as God blessed him.

After Haran died, Terah’s grief could no longer tolerate living in the city of Ur; everywhere he looked he saw memories of his dead son. So he took his family, including Abram, Sarai, Lot, the son of Haran, who had come to live with Abram, and they journeyed to a place that would become known as the city of Haran.

Now when Abram was 52 years old, he began to tell others about El Elyon, God Most High, the God of Creation. In fact, he began by tying a rope around the neck of two idols which Terah had fashioned, and dragging them through the streets of the city, asking any who would listen, how they could worship such a thing that had a mouth but could not speak, that had ears but could not hear, that had arms, but could not defend itself…let alone them. 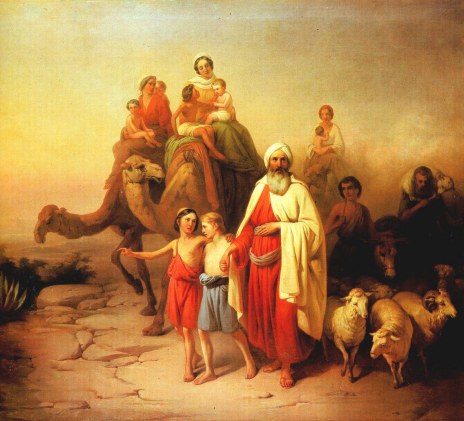 When Abram was 75, and Sarai was 65 the Lord came to Abram and said “lech lecha: walk after me – Go to a land that I will show you.” So Abram obeyed; first he had to convince Sarai because he wouldn’t force her to go. Not only did Sarai follow him, but the Scriptures tell us that all the souls they had collected went with them as well. Now the ancients understood this to mean not only that Abram and Sarai were wealthy and had a household full of servants, but that many had converted to following the God who would come to be known as the God of Abraham, and they too followed Abram to a land they didn’t know and a place they didn’t recognize. The old storytellers say that the fathers of 300 families followed Abram from Haran to the land of Canaan, because they worshiped the Lord God and followed his prophet, Abram.